CD Review: Ry Cooder's "Pull Up Some Dust and Sit Down"

In my review of Springsteen’s Wrecking Ball back in March, I mentioned that during our family’s March break holiday down in Florida I took a couple of CDs along to listen to in our rented car. The other CD was Ry Cooder’s latest, Pull Up Some Dust and Sit Down. It’s been out for a while – released back in August, 2011 - so I’ve been listening to it for quite a time; and, unlike Springsteen’s effort, this one sounds more impressive every time you hear it.

Pull Up Some Dust and Sit Down, Ry Cooder’s fourteenth studio album, is the latest in a long line of excellent recordings dating back to the early ‘70s. And this is one of his very best. Cooder emerged first in the 60s as an accomplished guitarist - he worked as a session musician with the likes of Van Morrison, Randy Newman and The Rolling Stones. He taught Keith Richards a thing or two about guitar-playing, and you can hear the influence on “Honky Tonk Women”. Cooder also plays on Let It Bleed. His own recordings revealed an interest in American roots music; over the years, he has shown a continuing interest in traditional folk, blues, rock, gospel, soul and Tex-Mex. And, of course, he introduced us to traditional Cuban music on the marvellous Buena Vista Social Club (1997).  The first of a series of a collaborations he's done in what they now call "world music".

For the bulk of his career, Ry Cooder has worked like a musicologist – using his solo albums as a platform to introduce unfamiliar genres and figures to a primarily rock-listening audience - expanding the horizons and tastes of a constituency that can often be narrow-minded and surprisingly conservative. He did this not in a proselytizing way, but by exposing his fans to the musical delights of interesting songs and intriguing music.

In more recent years, Cooder has come into his own as a successful song-writer. On his earlier albums he might offer an occasional song or two of his own; but, starting with Chavez Ravine in 2005, he has put his own songwriting at the heart of his artistic vision. This continued with the other albums of his “California trilogy” – My Name is Buddy and I, Flathead.


Some themes from that trilogy recur in the new album, but Pull Up Some Dust and Sit Down is a more wide-ranging look at the temper of the times in contemporary America. Cooder doesn’t like what he sees. His response is a collection of scathing songs about the corrupt politics and the troubling social conditions he sees around him. In this sense, the album is similar to Springsteen’s Wrecking Ball. But Cooder’s work is more radical than Springsteen’s. It doesn’t have the didactic and anthemic pretentions of The Boss; it gives the themes a human face. Cooder prefers “to show, rather than tell”. His songs don’t preach; themes are contextualised in the specific situations of individual lives.


Cooder’s songs here zero in on a corrupt political and economic order – how Wall Street bankers are aided and abetted by the political elite; how desperate Mexican immigrants risk their lives getting into the country illegally, and are then exploited as cheap farm-labourers; how fundamentalist Republicans use a twisted sense of religion to pursue immoral ends; and how poor Americans join the army to escape dead-end lives and are put in harm’s way by a criminal administration.

The title of the album, Pull Up Some Dust and Sit Down makes reference to the depression-era careers of Woody Guthrie and friends. Guthrie put out an album called Dust Bowl Ballads (1940), full of social-activist songs about the poor and down-trodden. His song “Pretty Boy Floyd”, for example, is about an outlaw – a bank-robber eventually gunned-down by the police. Guthrie makes him a tragic figure – suggesting his criminality is partly explained by the hardships of the time. He may have been an outlaw, Guthrie sings, who robbed banks at gun-point, but he didn’t steal people’s houses with the flourish of a fountain-pen:


This is the world Cooder evokes with the second song on the album, “El Corrido de Jesse James”. He puts the lyric in the mouth of another outlaw, the notorious Jesse James - who declares that he may have been branded a bandit, but he “never turned a family from their home”. Who is the real outlaw, anyway, Cooder seems to ask. And do we need the likes of Jesse James to exact vigilante justice?

“I’ll cut you down to size my banking brothers,
Put that bonus money back where it belongs.”


The first song that Ry Cooder recorded for this album was “Christmas Time This Year”. It is a scathing anti-war lyric focused on the fate of those poor grunts sent over unwittingly to Iraq to face the horrors of modern warfare. The sarcasm in the lyric is emphasised by the music – a jaunty polka featuring Flaco Jimenez (a long-standing collaborator of Cooder’s) on accordion. He provides a few Christmas-themed flourishes as Cooder sings a song of both pathos and suppressed rage: 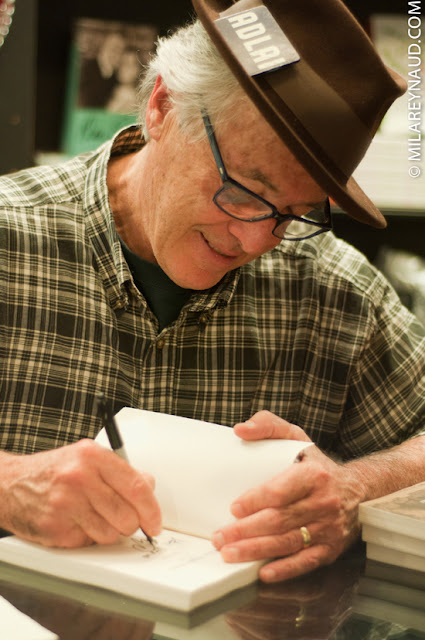 The themes of these songs are presented with lyrics that are forthright and compelling. And the music is equally effective. The arrangements are sparse and simple - open and spacious - none of the over-produced washes of the Springsteen disc. Cooder often overdubs himself on three or four instruments. His son Joachim plays drums on most tracks. There are tasteful background vocals – a trio of voices – on several tracks. And, unlike the ineffective brass parts on a few of Springsteen’s tracks, Cooder puts some gorgeous horns on a couple of the tracks – the Mariachi choruses on “El Corrido de Jesse James” sounds particularly good.

Two of the best tracks feature just Cooder on guitar and vocals. “Baby Joined the Army” is really a companion piece to “Christmas Time This Year”. It’s a heart-rending song put in the mouth of a father (or husband – it’s ambiguous), whose daughter (or wife) has enlisted in the army to escape her everyday problems. The man had no say, he sings. The deed is done:


The other solo piece is a real tour de force. Cooder channels the great John Lee Hooker in a song called “John Lee Hooker for President”. Not only is his impersonation brilliant, but the song is very funny. Cooder uses Hooker’s persona to make some pointed comments on American politics. On campaign financing, for example, he sings:


“I don’t need yo money, cause I finance my own campaign.
I ain’t for sale; I keep a fat bankroll in my pocket, baby, big as a hay bale.”

There are lots of musical styles here – each done with impeccable taste. Every song’s a gem. Cooder is not the best of vocalists, but he has learned how to overcome his limitations, as many singer-songwriters do, who have been at it for so many years. What’s impressive here is his ability to adopt very different personas in order to deliver a particular lyric. The hard-rock track “I Want My Crown”, for example, has a truly malevolent voice – singing with glee about usurping power and casting down the working man. In “Dreamer”, he sings in the voice of Julio Ruelas, the brother of Fernando Ruelas, the president of Duke’s So Cal, a lowrider car club. The Ruelas brothers worked on a high-profile project with Cooder, turning a 1953 Chevy truck into a lowrider ice-cream truck. The song is a wistful ballad, featuring more distinctive accompaniment from accordion-playing Flaco Jimenez. 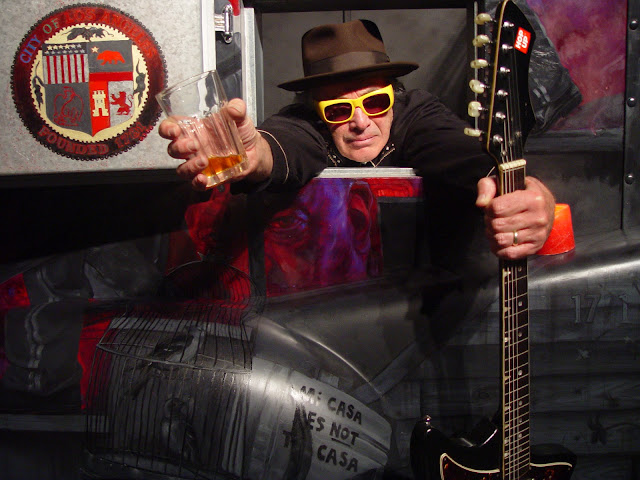 Pull Up Some Dust and Sit Down is an excellent album. If you’re a Ry Cooder fan, this is essential. If you’re not that familiar, check it out. I think it’s a real work of art – great music and compelling song-writing. Not to mention some typically tasty guitar work from a master musician.

Email ThisBlogThis!Share to TwitterShare to FacebookShare to Pinterest
Labels: Bruce Springsteen, Pull Up Some Dust and Sit Down, Ry Cooder, Wrecking Ball