Hats off to Ry Cooder! Hang out the bunting and pin up the rosettes! Election Special is another excellent album of topical songs about the current American political scene. And it’s only been a year since the release of the similarly-themed Pull Up Some Dust and Sit Down in August 2011. Following the success of that project, Cooder continued to write very pointed political songs. He says that he wanted to reach listeners during the US presidential-election year of 2012. And, indeed, the album did arrive in a timely fashion – one week before the Republican Party convened for its convention in Tampa, Florida.

Election Special was released on August 17 by both PerroVerde Records and Nonesuch Records. It was recorded at Drive-By Studios in north Hollywood (actually, the living room of engineer Martin Pradler) and Wireland Studios in Chatsworth, California. As with the previous album, Pull Up Some Dust and Sit Down, this new one was produced by Ry Cooder, and features himself on guitars, bass and mandolin. His son Joachim plays drums. It was mixed and mastered by engineer Martin Pradler.
All of the songs are written by Ry Cooder (except for the final track, “Take Your hands Off It” – co-written by his son Joachim). As with the music on the previous album, Election Special features simple instrumentation and sparse arrangements. Although the recordings are done in the spirit of one-take performances, there had to be considerable over-dubbing, since Cooder is often playing several instruments on a track, as well as doing the singing.
These are often highly-charged, political songs, which pull no punches. But the lyrics are not simplistic or preachy. They’re funny and satirical – bitter and yet undercut with a fragile sense of optimism. As Cooder reminds us in the press release that his record company put out, he twice refers in this album to a surprisingly apprehensive Pete Seeger quote: “I have no hope; I could be wrong.”

﻿As I mentioned in my review of Pick Up Some Dust and Sit Down, Ry Cooder has really come into his own as a talented songwriter in recent years. Formerly known primarily as an interpreter and presenter of other people’s songs, it is astonishing to note that in the last seven years he has put out five albums of his own songs. He composes songs with the approach of a short-story writer. In an interview with Bud Scoppa in Uncut magazine he described the process like this:
“I have to find little storylines. I have to find something I can play and sing, in some style, or some instrumental point of view – a country tune, or a blues tune – updating these things that I grew up listening to, these Depression-era songs and what-not.
"It seemed the more I did it, the better I got at it, like anything. It’s an acting job. You put yourself into the spirit of the thing, the character of the thing.”
It’s an artistic approach. Instead of the simple-minded propaganda of a “protest song”, he’s using irony, role-playing, and empathy to present deep, contentious issues. As he put it to The Guardian newspaper in London (August 10),
“With a four-minute song, you can use allegory and other means to suggest a different point of view.”
There’s no doubt, here, where Cooder’s political sympathies lie: two songs deal, approvingly, with the Occupy movement; one song skewers Mitt Romney; a jaunty country song savages an amoral, racist delegate to Tampa; Cooder channels Barack Obama in a slow blues lamenting the non-stop obstructionism of the Republicans in Congress; and the uber right-wing, libertarian Koch brothers are demonised in a pointed version of the Crossroads-deal-with-the-Devil. Some tasty blues and country music employed to deliver some candid and forthright commentary on America’s sick political culture - where did things go so wrong?
﻿
﻿

The album kicks off with “Mutt Romney Blues” an upbeat country blues sing that revisits (it came up constantly in 2008, during Romney’s previous run for the White House) the notorious incident when – during a family holiday trip in 1983 – Romney had his dog Seamus locked inside a dog carrier crate and strapped to the roof of the car during a twelve-hour, 650 mile-trip to Canada. Twelve hours. During his ordeal, the dog defecated liquid down the windows of the car. Romney stopped at a gas station to wash the dog, the carrier, and the car. Then he put Seamus back in the carrier and strapped him back on the roof. Cooder says that he was inspired to write this song from a quote by the Rev. Al Sharpton, who opined “how he treated his dog tells you a lot about him.” In a clever move, Cooder writes the song from the dog's point-of-view. The point is made, without being moralistic:

Ol’ massa boss cut me down, I won’t spread the story ‘round;
All the plans and schemes you got in mind; they’d think I was lyin’;
And the mean things you tryin’ to do, I won’t blow the whistle on you;
Take me down from this roof, please massa boss, woof, woof, woof!

The next piece, “Brother is Gone”, is truly brilliant. This country-blues starts with a haunting mandolin riff, which – after a few listens to the track – you will find yourself humming hours later. Singing in a melancholic, laid-back tone, Cooder assumes the persona of Charles Koch, one of the well-known (some might say notorious) Koch brothers. He and his brother David control Koch Industries – the second-largest, privately-owned American company. They use their vast wealth to fund neo-conservative and libertarian causes and advocacy-groups in the United States. The lyric plays with the Crossroads Blues legend make famous by Robert Johnson; it presents the Koch brothers making a deal with Satan. But this ain’t set in the Mississippi Delta; this happens in Wichita, Kansas – headquarters of Koch Industries. In a Nonesuch Records press-release, Cooder says “the only logical explanantion for the Brothers I could come up with is that they made their deal at the Crossroads with Satan.”

You will be exalted in the evil works of men,
High power rollin’ over land and sea;
But some dark night I’ll be comin’ round again;
And take one of you back down to hell with me …

﻿
Even more astonishing is the slow, twelve-bar blues piece, “Cold Cold Feeling” – perhaps the stand-out track on this CD. Reminiscent of his brilliant, John Lee Hooker-inspired blues on the previous album (“John Lee Hooker for President”), “Cold Cold Feeling” puts him inside the psyche of President Barack Obama. It’s an audacious move – “If you never been President, people, then you don’t know how it feels”, he sings, not in a vainglorious fashion designed to vaunt himself over us, but to elicit our sympathy: “these stray dog Republicans always snappin’ at my heels”. Cooder cleverly characterises the political position Obama is trapped in – stymied on all sides by a recalcitrant and belligerently obstructionistic Republican opposition. Some nice, understated, slide guitar sets the mood – portraying “the most powerful man on Earth” in a defensive and wearisome mood.


But that downer-mood is suddenly lifted by the next track, “Going to Tampa” – a bouncy, country tune depicting a Republican red-neck on his way to the party’s convention in Florida. The humour is obvious and broad here: “I’ll give all my money, if Sarah Palin calls me honey, and shakes the peaches on my tree.” But, despite the wise-cracking jokes, some of the details are disturbing – a suggestion to revive the Willie Horton strategy, and to bring back Jim Crow-tactics - pushing the racist-agenda of "States’ rights". And our Republican delegate seems interested in one main thing – as he puts it to his staying-at-home wife, “I can’t take you with me little darlin’, I’m goin’ down to get my ashes hauled.” [translation: I’m going there primarily to get laid.]

And then comes the ominous rocker “Kool-Aid”. It starts with drums and a moody guitar sound – which I just can’t figure out how he gets. It’s a dark piece. It’s about a down-and-out, lower-class man who feels betrayed by a reactionary system that exploited him, and then left him abandoned:

You said the poor were closing in and I had to leave;
War on them was a righteous thing and I believed –
With my gun I took a stand against black, brown, yellow and tan;
Kool-Aid, I drank your Kool-Aid.

When you think about it, you notice that nearly all the songs here are presented as first-person narratives – and that these first-person narratives are all very different. Cooder is able to get inside the mood and mentality of the character he’s chanelling.  And that strategy promotes sympathy and understanding, rather than ridicule and hate. Only on a couple of tracks does Cooder use in-your-face declamation. The gloves are dropped and he lets it all hang out. The final song here, “Take Your Hands Off It”, is of this type. He closes out the album swinging, condemning those who try to restrict the people’s rights – rights enshrined in the Constitution and the Bill of Rights. He defends voting rights, union rights, reproductive rights, human rights:

This is a wonderful album. Writing about political topics like this – especially in the context of a particular place and time – can often result in mere propaganda. But Ry Cooder shows how to use the songwriter’s craft to create topical material that is urgent and heartfelt, but also subtle and intelligent. And the music, of course, is assured and masterly. He varies the styles and mixes up the moods – dressing up the ideas with basic and compelling sounds. Nearly every song here is a gem. This is the kind of CD I can listen to over and over again without getting bored. Ry Cooder for President!
﻿ 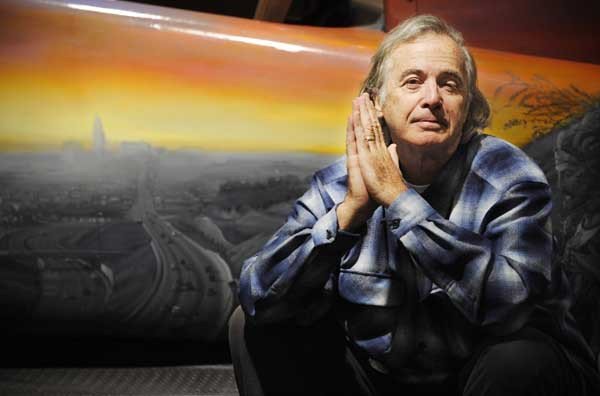 Email ThisBlogThis!Share to TwitterShare to FacebookShare to Pinterest
Labels: Election Special, Pull Up Some Dust and Sit Down, Ry Cooder