Little Broken Hearts is Norah Jones’s fifth studio album. I picked it up a week ago – in its special-edition version (with three bonus tracks) – a few days before the official release date of the regular CD on May 1, 2012.

This is a classic break-up album – twelve songs focused on the emotional fall-out from the collapse of her relationship with a “fiction-writing boyfriend”.

It’s also a break-out album – Jones pulls free of her status as a cool, jazz-inflected classicist to work with indie-styled musician-producer Brian Burton, aka ‘Danger Mouse’, and gives her fans something completely different.

Norah Jones first worked with Brian Burton back in 2009. He’s known for his work with the band Gnarls Barkley - as both musician and producer - and has worked as a producer with many other acts, including The Black Keys, Gorillaz, and Beck. He and Jones spent five days in June 2009 jamming in his Los Angles studio – but they were not fully satisfied with the results. Last year, Jones collaborated with Burton on his album Rome - a tribute to Italian film music. They got together again later in the summer and worked up enough material for the new album.

All the songs on Little Broken Hearts are credited to Norah Jones and Brian Burton – Jones doing all the lyrics, I presume, and some of the music, and Burton taking a major share in the writing of the music. They obviously collaborated on the music – Jones plays piano, organ, Rhodes, Wurlitzer, acoustic and electric guitar and bass. But the arrangements and production are clearly dominated by Brian Burton. In fact, this is a real producer’s album – if it was a film project, Burton would be called an auteur. This quirky individualistic approach makes it an interesting album, with distinctly positive and negative sides.

From the very first listen, I didn’t like the sound of this production – it’s heavily compressed and lacks both the high and low-end of music with a full frequency-response. To me, it sounds muddy. The drums are neutered, with no oomph. Jones’s vocals, too, are heavily treated: equalized so as to restrict them to the mid-range and given lots of reverb. And they’re often set back in the mix. He eliminates the sultry, intimate texture that is the familiar sound of her vocals. It’s a legitimate thing to do, of course, but it does tend to make her sound cold and detached, when hot and angry seems more appropriate with these particular lyrics.

The music Burton creates here is primarily a synth-based groove. The drums are minimalistic – noticeable for setting out interesting patterns, rather than being the dominant element in the rhythm. Several tracks feature an upbeat, pop approach – “Say Goodbye” has a nifty synthesizer riff, “Happy Pills” sounds perky, despite the downer lyrics, and “Out on the Road” chugs along, with overdubbed vocals in the choruses. Not everything works here - some of the songs are rather non-descript, and the album drags a bit in the middle. 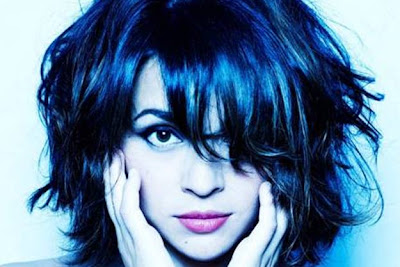 Jones covers all the emotional range one might expect in a collection of songs focused on romantic heartbreak: pain, disbelief, acceptance, anger and hate. But the emotions tied up in the lyrics are not always evident because of the production. So, what often sounds cool and detached is actually seething underneath with resentment. In “She’s 22”, Jones sings: “Are you happy? … does she make you happy? … I’d like to see you happy.” But not really. And she sounds so very sad. On “Happy Pills” she wants to escape the whole quagmire of her feelings: “Please, just let me go now … I’m trying to make it so I never see your face again”. But it’s on the penultimate track, “Miriam”, that all of the hurt really hits home. The quiet, brooding vocal seems measured at first. “I’m not the jealous kind,” she sings, but the words are ominous: “Oh, Miriam, that’s such a pretty name, and I’ll keep saying it until you die.” A brilliant track, this one.

With Little Broken Hearts, Norah Jones has served notice that she’s not willing to stay stuck with the tried and true. And that’s as it should be. Known in the early days as a piano-playing chanteuse firmly in the jazz-combo scene, she’s playing a lot more guitar now, and looking for new ways to create and present her music. It’s a refreshing change of tack for her, and while I’m not crazy about the production style, the album is interesting, and it’s going to expand considerably the audience listening to her work. 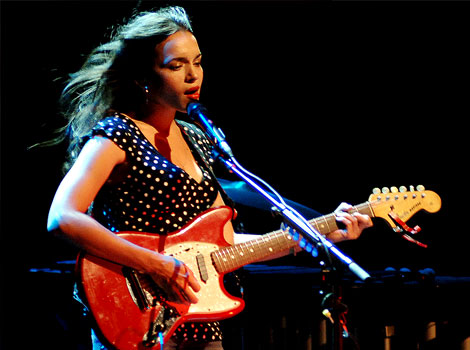