Photo Essay: Day Seven of the Coast to Coast Walk

"Above all, do not lose your desire to walk. Every day I walk myself into a state of well-being and walk away from every illness. I have walked myself into my best thoughts, and I know of no thought so burdensome that one cannot walk away from it."
- Søren Kierkegaard

Summary of Route: This is another of the easier stages of the Coast to Coast Walk. The trail continues pretty much due east towards the Pennines, as you keep the Howgill Fells to the south. Today's walk is four miles longer than the previous stage; but it continues to be fairly level — there's a bit of a dip into the village of Smardale Bridge, and then a climb up-and-over Smardale Fell, before descending into Kirkby Stephen. And at the end of this first week, you are just short of covering half of the total distance. 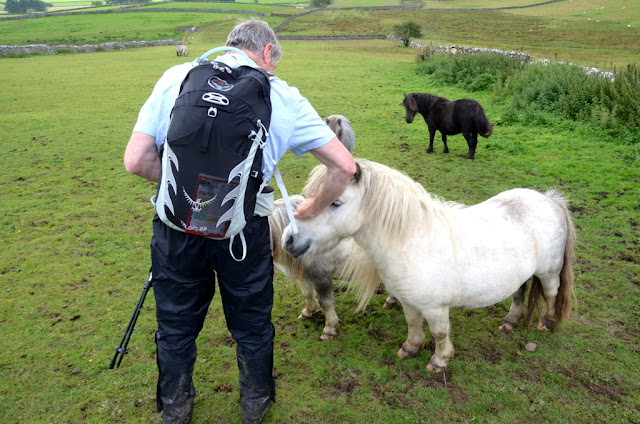 From the village of Ort, you begin the day's hike by walking east on the Raisbeck Road for about a mile. Then you turn north up Knott Lane, in order to go past an ancient Stone Circle — more impressive than the one encountered on Day Six.
Turn east, now, and follow the trail through Sunbiggin (where there is a great view south of the Howgill Fells) and onto Tarn Moor. Just as you turn to do a short jog south, you pass the Sunbiggin Tarn, famous for its birdlife.

Then it's east across the Ravenstonedale Moor. Just before you turn south towards Smardale Bridge, you skirt to the left of another ancient archaeological site: this one is called the Severals Village settlement. There is really not much to see, though, because there are no standing stones and the site is unexcavated; there are a few dips and depressions in the ground — that's about it.

At Smardale Bridge you cross Scandal Beck, and then it's a gradual north-east climb to the top of Smardale Fell, where you get your first view of Kirkby Stephen, and another vista of the ever-nearer Pennine hills. From there it is a gentle descent of about two miles into the town of Kirkby Stephen. And now your first week of hiking is complete, about five miles short of the half-way point of the Coast to Coast Walk.

One of the dangers of travelling is losing stuff. Often it's not the crucial stuff  — like passport, wallet or camera — but various odds and sods. No problems up until now for us, but we had to go back twice this morning to our B&B. We were almost to the end of the long driveway out of the B&B, when we heard a voice calling. It was the landlady calling from the front door; Michael had forgotten his Henry Stedman guidebook. Tony volunteered to walk back to get it. And then five minutes later, we were 100 metres down the road, when Michael stopped: "Clive, we've forgotten something!" I looked at him questioningly. "Our walking poles”, he said. Strange that it took so long to notice that: we have been so used to using them over the past week. Michael and I walked back to get them. 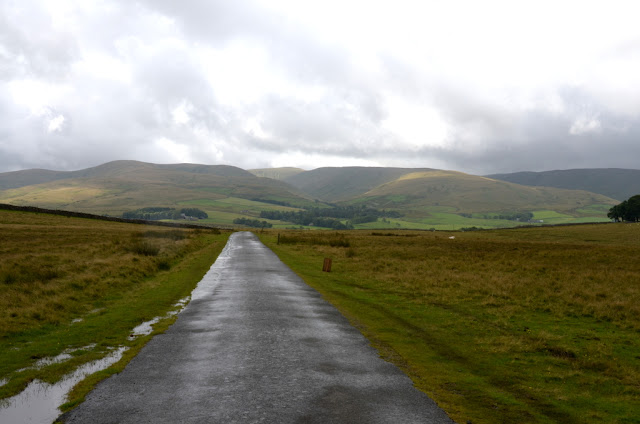 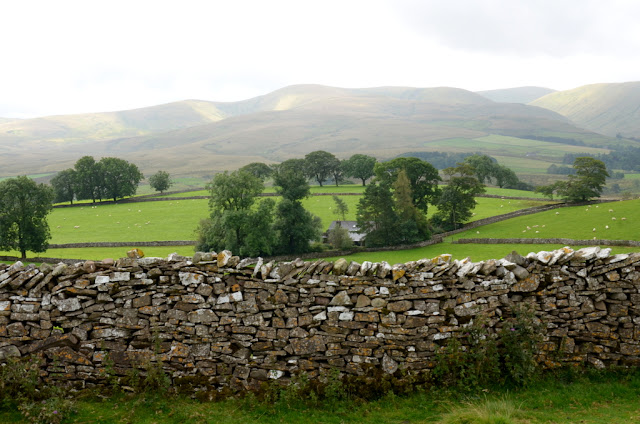 Soon after we got back into the rhythm of our walk, it began to rain. We scrambled to don our rain gear and to put the rainproof covers over our backpacks. This was the fourth day in a row that the day began with rain. It lasted for quite a while this morning, and for a downpour of half-an-hour in the afternoon, whilst we were walking down a road. We did keep dry with our rain gear on, but the clothing makes you uncomfortable — it makes you sweat so much.

We saw a lot of livestock today, as we crossed fields and meadows: mostly sheep, cows and horses — but we also came across a field of about a dozen ponies. And then we met a dozen, or so, riders on horseback on the Ravenstonedale Moor throughout the morning. They were wearing numbers on their back: it wasn't a race, they told us; they were involved in an Endurance Trial event.

When we finally got across the Moor, it was back to fields and meadowland. The route took us down beside the Scandal Beck — past a very old derelict farmhouse and to a picturesque spot called Smardale Bridge. We stopped here for lunch — packed as usual by the hotel or B&B stayed at the previous night. As we climbed up to the Smardale Fell after lunch, we could see off to the left the very impressive Smardale Gill Viaduct to the north.

Quote of the Day:
"The bags are inside the guest house; the landlady is in Spain; and it's a Bank Holiday weekend."
- neighbour of the Jolly Farmers B&B explaining our plight

Are we there yet? One of the common elements of a long day's hiking is the fatigue that sets in towards the end — as you get into your sixth or seventh hour of walking. This happens every day. The Stedman guide promised a long-range view down towards Kirkby Stephen, at least an hour before we were supposed to get there. We missed such a view. For the last phase of the hike, we kept anticipating a view of the town — but it never happened. We were right on the outskirts on Kirkby Stephen before we got our first sight of the place. Are we there yet?

We got into town fairly early — about 2:30. We found our B&B, The Jolly Farmers, and rang the bell and then banged the door knocker. No answer. Well, some B&Bs are not open for business until 4:00 p.m. — as was the case on Day Six of our hike. We went into the town centre to kill some time. Michael and Tony did some shopping at an outdoor equipment shop. Then we spent some leisurely time at a tea shop.

We got back to the B&B at 4 o'clock: more bell ringing and door knocking. So then we tried their phone number. Still no response. Finally, we knocked at the place next door — another B&B. The proprietors there were very helpful to us. They explained that the couple who run The Jolly Farmers were all in Spain for a family wedding. What?!! A series of phone calls ensued with the company in charge of booking our accommodation. Somebody messed up, but who?

The greatest worry was that our bags were locked inside The Jolly Farmers. Fortunately, the neighbours were able to call an employee of the place who happened to have a key. She came by in about 15 minutes. And after about an hour, I was booked into a B&B just a couple of minutes down the street. And Tony and Michael were put up by the next door B&B, who had been so helpful to us. Panic over and the rest of the night went smoothly. Our accommodation-organisers were most apologetic, and they arranged to pay for our meals the following evening.

For dinner we went into the centre of town to the Mango Tree, an Indian restaurant. It was a nice change from the usual "pub grub". A bottle of veneto Pinot Grigio washed it down nicely. An evening that was threatening to be a complete disaster turned out well.

"I haven't got any special religion this morning. My God is the God of Walkers.
If you walk hard enough, you probably don't need any other god."
- Bruce Chatwin

This hike is dedicated to Bill and Barb Cannon. 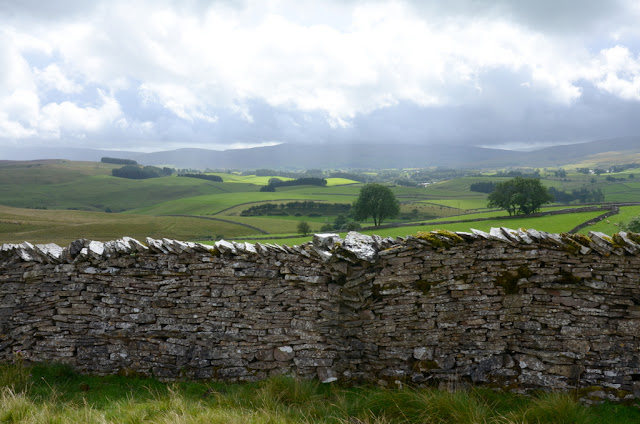