Photo Essay: Day Eleven of the Coast to Coast Walk

"I have two doctors, my left leg and my right."
- G.M. Trevelyan

Summary of Route: Today's hike is across the Vale of Mowbray. It is the longest stage of the Coast to Coast Walk — as we have it planned. But it is also the flattest. And a lot of it runs along roadways (back roads, mind you). Alfred Wainwright wasn't keen on this part of the Walk — he preferred higher elevations and wilder, more rugged landscape.

For the first six miles, or so, the trail runs east, close to the River Swale — going through the villages of Colburn and Catterick Bridge. 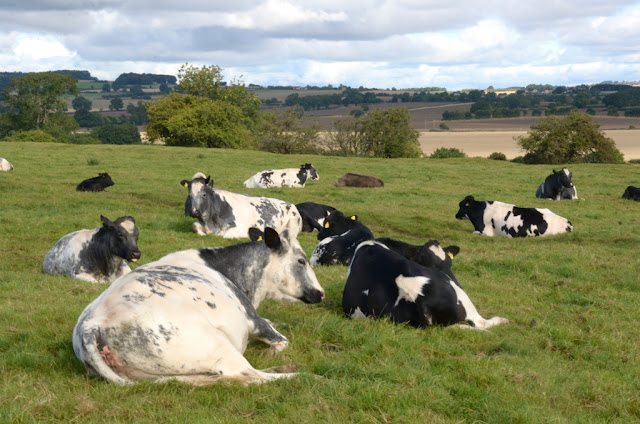 You leave the banks of the Swale just before Bolton-on Swale. After a short stretch along roads through the hamlet, you abandon the tarmac, and follow the Bolton Beck south-east across fields, and past Laylands Farm.

Then you have a long four-mile stretch of road-walking, until you arrive at Streetlam. From here the trail alternates between roads and fields, as you go through Danby Wiske, Oaktree Hill and East Harlsey, before finally arriving in Ingleby Cross. Once past East Harlsey you can see the Cleveland Hills to the south. On the outskirts of Ingleby Cross, be careful negotiating the fast dual-carriageway traffic on the A19.

Today's hike was the longest stage of the entire Coast to Coast Walk. Already mapped out at 23 miles, we had to add one mile in the middle of the hike for a major diversion (caused by road works), and we had to go another extra mile at the end to reach our B&B. So, about 25 miles today. We started earlier — at 8 a.m. — and walked until just past six o'clock. Subtracting half-an-hour for lunch, that was 9½ hours pounding the pavement.

And there was a lot of pavement today. We had some long stretches along secondary roads in the country. Walking along tarmac is hard on the feet. We much prefer soft grass or, at least, muddy paths. But regardless of the surface, after 25 miles your feet are very sore! 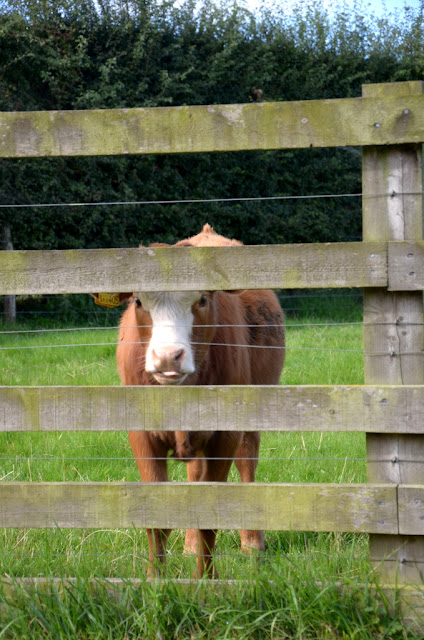 This extended hike across the Vale of Mowbray was Alfred Wainwright's least favourite stage of the route he designed in 1972. He preferred hiking in high ground and in wilder environments. Most hikers would probably agree with him. Today's stage is dominated by farmland and small villages. The homogeneity of the landscape becomes tedious after a while, and you yearn for the walk to end long before the end is in sight.

"We are almost there, right?"
- Tony and Clive
(at regular intervals, anticipating the completion of various stages of this interminable day's walk) 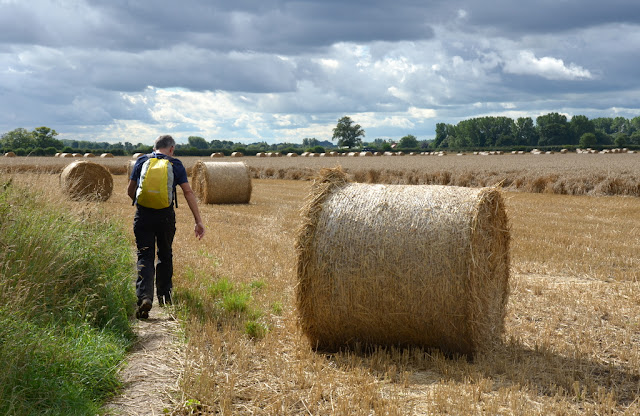 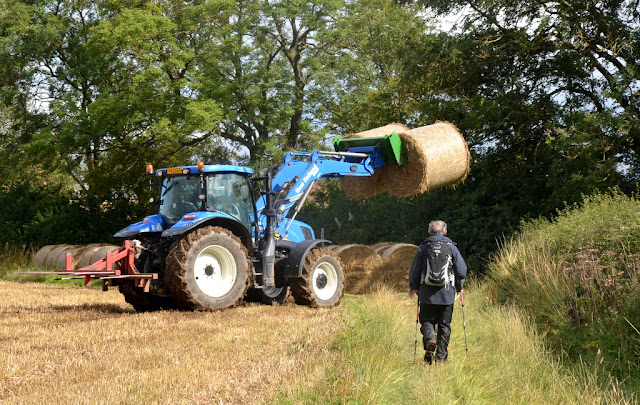 We saw our largest contingent of rabbits coming out of Richmond early in the morning. Stedman talks about seeing lots of rabbits along the trails in his guidebook, but we haven't seen that many. But there was a group of about seven of them beside a cricket pitch on the outskirts of the town. 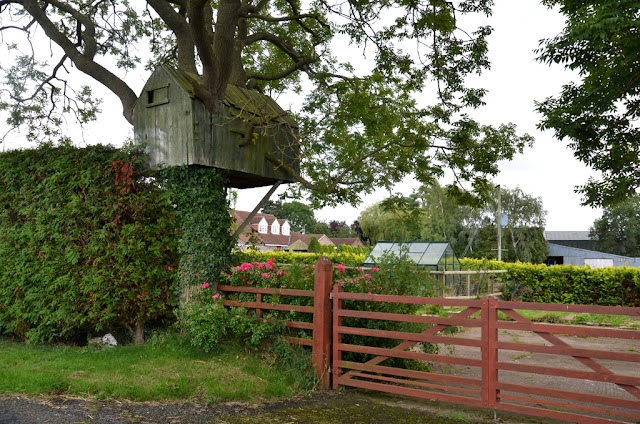 Soon after that I experienced a nasty fall. I have been walking for about a week with the laces of my hiking boots not done up all the way to the top. This is because the tops of the boots were rubbing against the area above my ankles — causing some pain. Twice I have tripped when the loop of the laces on one boot got snagged on the unused lace hook on top of the other boot. It happens in a moment and there is nothing you can do to stop it. This second time, the top half of the lace on my right boot was ripped completely away. The tumble I had gave my scrapes and scratches on my right hand and left leg. But I also banged the left-side of my chest against the camera, which I had slung over my shoulder as usual. After a while of resuming walking I could feel some pain in my side. I've had this before; it will take a couple of weeks to heal properly. I'm just lucky I didn't break anything, I suppose. I repaired the lacing on my right boot and kept walking.

Not a lot of other excitement today. The weather was quite varied. We had some sun and blue sky, but also plenty of dark cloud and several rain showers throughout the day. It is irritating dealing with the rain. You have to stop and quickly don the rain jacket and trousers stored in your backpack. And then you have to cover the backpack with a waterproof cover, so that its contents don't get wet. It's OK going through this rigmarole occasionally, but when you have to do it three or more times per day, it just gets annoying. 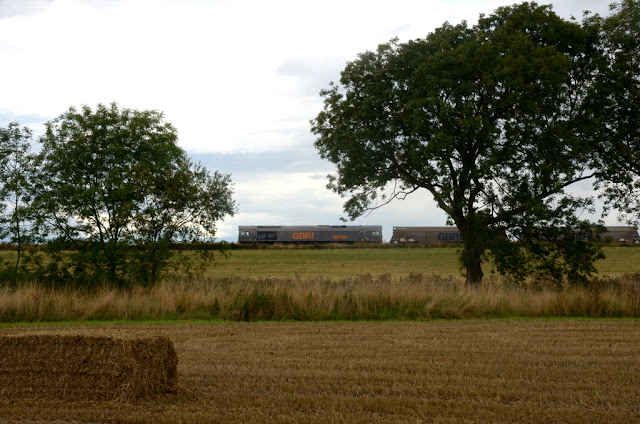 Towards the end of the day we crossed a pair of railway tracks for the first time. And a bit later we had to cross the A19 during rush hour — it's a very busy road, with cars travelling at 80 mph, or so. We didn't have to wait too long to dash across, but it is a definite safety hazard you have to take seriously. Once over the A19, it was still quite a trek beyond Ingleby Cross to our B&B. The final half-mile was uphill all the way. What a way to finish an exhausting day on your feet. But it does slightly reduce the distance we travel tomorrow, because the B&B is right on the Coast to Coast trail.

"After a day's walk everything has twice its usual value."
- George Macauley Trevelyan