Photo Essay: Day Thirteen of the Coast to Coast Walk

"Hiking is just walking where it's okay to pee."
- Demetri Martin

Summary of Route: The day begins with a two-mile climb out of Clay Bank Top, followed by about six miles of level hiking across moorland to Blakey Ridge. The level ground continues for the next three miles, and then it's a five-mile gradual descent down into the village of Glaisdale.

The long hike down the Esk Valley into Glaisdale is one of the most beautiful sections of the Coast to Coast Walk. For charm, it certainly rivals the best that the Lake District has to offer.

At the beginning of this stage, you walk south for a couple of miles from Great Broughton, in order to re-join the Coast to Coast trail. Almost immediately you face a steep descent down to the Wain Stones — an outcropping of rock marked with Bronze-Age carvings. Then you pass Hasty Bank and make another steep descent — this time into the village of Clay Bank Top.

Coming out of Clay Bank Top, you climb south-east for about two miles up to the Carr Ridge. This, thankfully, is the penultimate steep ascent of the Coast to coast walk; only one more left! Then you follow a flat trail east across the Urra Moor to Bloworth Crossing — which marks another intersection with the Cleveland Way. From here, the Cleveland Way veers north; you don't meet it again until you reach the seaside cliffs at Robin Hood's Bay.

From Bloworth Crossing the path now follows a disused railway track — that of the former Rosedale Ironstone Railway, employed by the iron mines near here during the 19th. century. About a mile down this track, you get a great view looking south across the Farndale Moor. Then you are on High Blakey Moor for another mile, before you leave the old railway track, to by-pass Blakey Ridge. 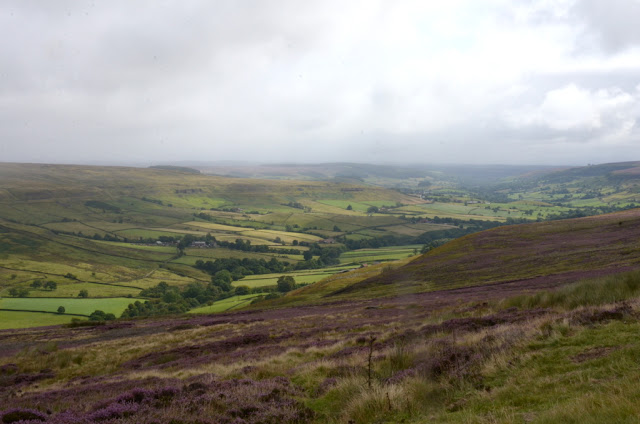 It's fairly level now beyond Blakey Ridge as you walk north, and then east, round the southern side of Great Fryup Dale to the eastern end of Glaisdale Moor. There's a mile of hiking along a road to the Glaisdale Rigg. Through here you can see various ancient standing Stones. And then you're in Glaisdale. 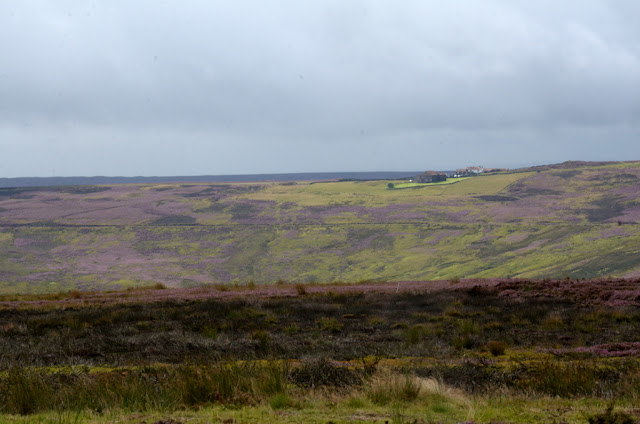 This penultimate stage of the Coast to Coast Walk began as yesterday's hike ended — with lots of wind and driving rain. And it also featured immediately a steep climb from the road up and over Carr Ridge.

Once we got to the high point, and began walking across the moorland, we spent a couple of hours in constant wind and drizzle. It was like yesterday — walking through cloud, which completely obscured any decent view of the surroundings.

In the late morning we encountered a couple of guys who were working as marshals for a grouse shooting party. They had a small pack of dogs around them — probably about to be used to grab the downed birds and bring them back to the "picker-uppers". 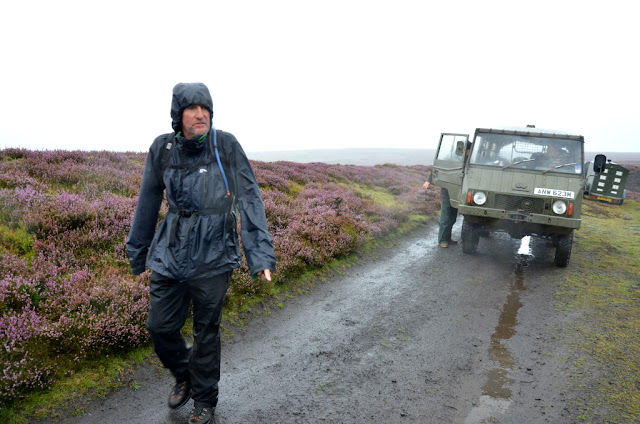 There were about a score of men waiting to go out on the moors with the young "beaters" — whose job is to scare up the grouse. It's tricky to shoot the birds, apparently, because they fly very low to the ground. As we walked off into the distance we could hear the loud reports of the shotguns behind us.

Today's stage included a lot of road and track walking. Quite easy hiking, really, because after the first steep ascent, the rest of the day's paths were mostly on level ground.

Quote of the Day:
"I can see clearly now, the rain is gone."
- Michael (breaking into song as the rain disappeared
and the hidden landscape emerged)

We stopped for lunch at the Lion Inn — purported to be "the fourth highest pub in England". Outside the Inn was a minivan owned by the Sherpa company — this is the carrier company employed to carry our suitcases from one accommodation place to another over the past fortnight. Ironically, the driver's next stop was Glaisdale, where we would arrive in three hours. Our cases, ironically, were probably inside the van. The stop at the Lion was a chance (like yesterday) to dry out somewhat. A pot of tea and a sandwich certainly perks you up for the afternoon session.

When we got back on the trail, the weather had improved dramatically. We could now see clearly into the distance. After a very long stretch following a main road, we got off onto a track across moorland. For the last couple of hours we could see the valley of Glaisdale below us. We descended slowly into the Glaisdale village.

Tomorrow is our last day! Our final day of walking will still be inside the North York Moors National Park. We will be walking for about eight hours — arriving about 5:00 p.m., I reckon. I hope the weather is good.

“Jumping from boulder to boulder and never falling, with a heavy pack, is easier than it sounds; you just can't fall when you get into the rhythm of the dance.”
- Jack Kerouac 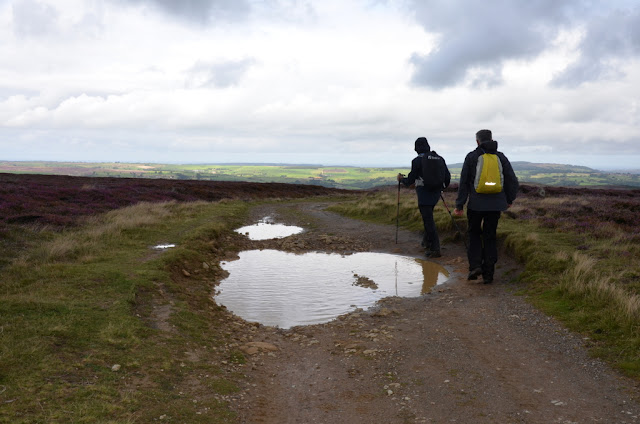 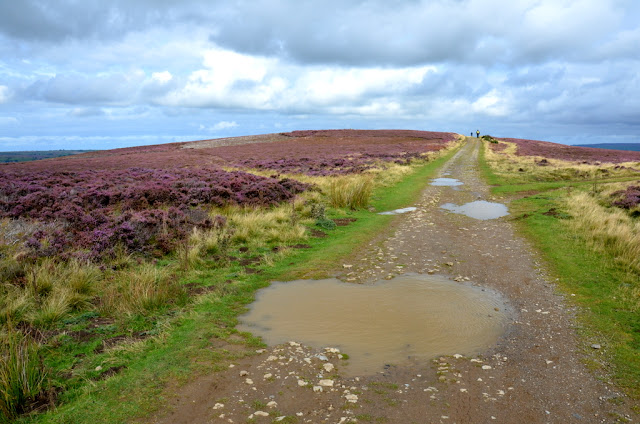 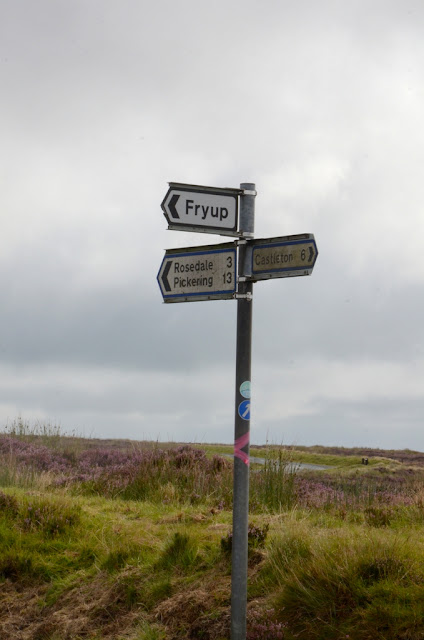