Photo Essay: Day Fourteen of the Coast to Coast Walk (the final stage) 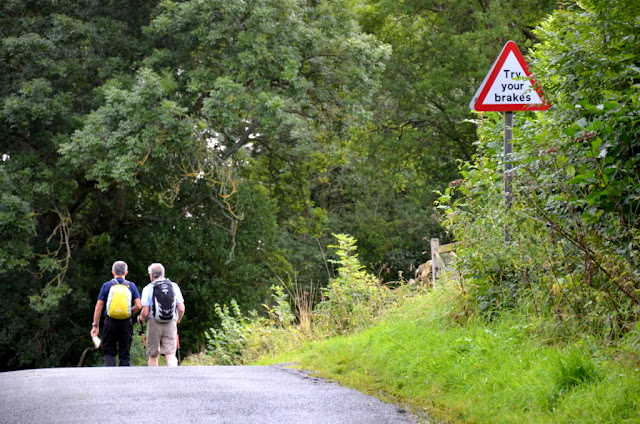 "If you are walking to seek, ye shall find."
- Sommeil Liberosensa

Summary of Route: Well, here we are — the fourteenth and final stage of the Coast to Coast Walk. It's not all easy-going. And it's quite a long stretch. But you get distracted from that reality by several novel features today — a stroll through a lovely woodlot (Little Beck Wood), and a walk along the coast, for example — and the thought that soon it will all be over.

The landscape continues to feature moorland and roadways. And ends — bookend-style — with sea cliffs and a climb down to the beach at Robin Hood's Bay.

This stage starts nicely with a gradual hike downhill from Glaisdale into the picturesque hamlet of Egton Bridge, one of the most attractive spots on the entire Walk.

Two miles further east is the equally interesting hamlet of Grosmont — less picturesque, in a traditional sense — but notable for its associations with steam trains (the North York Moors Railway).

But now there is the final very steep climb — about 700 feet (230 m) — up to Sleights Moor. On the way up you can glimpse a view of Whitby Abbey to the north. At the top you pass the five High Bride Stones, the remnants of a Bronze-Age stone circle.

Then you descend gradually through more heather and across Sleights Moor, until you reach the small village of Littlebeck. Just south of the village you begin a long stroll through the lovely Little Beck Wood (not so little, actually — it's 65 acres). Half way through the woods you encounter Falling Foss, a 20-metre-high  waterfall. There's a tea garden next to it — should you fancy a cuppa.

At the end of the woods, you turn sharply north along a road for a bit, and then strike out across the Sneaton Low Moor and the Graystone Hills. Continue north to Low Hawsker; and then east to High Hawsker. Soon enough you'll meet the Cleveland Way right on the coast, overlooking the North Sea.

From here you turn south-east and follow the sea cliffs into Robin Hood's Bay. Climb down to the small beach and dip a hiking boot into the North Sea. Hallelujah, you're done — 190 miles (304 km) across England on the Coast to Coast Walk, through the Lake District, over the Pennines, and across the North York Moors. Head for Wainwright's Bar in the Bay Hotel. Sign their visitors' book; and down a pint, or two, in celebration! 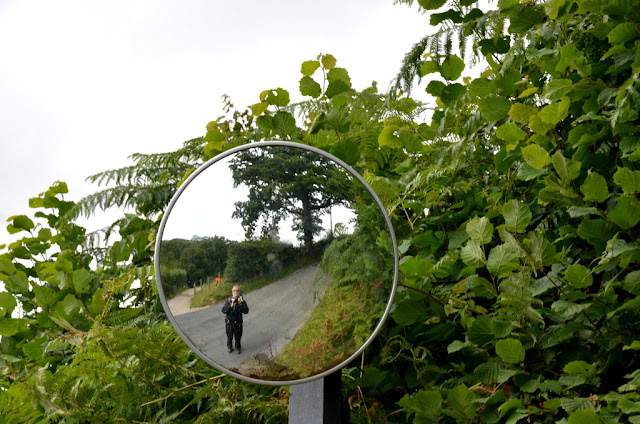 Well we made it! This was the fourteenth and final day of the Coast to Coast Walk. And it wasn't an easy end to the adventure: we hiked for about twenty miles today — the second longest stage in our journey.

The hiking today featured a little bit of everything we've faced so far: some walking through the woods on muddy paths (thanks to a couple of days of rain); a fair bit of road-walking on hard tarmac (not good for the feet); two steep ascents (especially the one out Grosmont); some walking across fields and meadows; and trails across the wind-blown, heather-clad moors of the North Yorkshire Moors National Park.

This final stage also served as a bookend to the first day's hike: from St Bees, on the Irish Sea coast, we had hiked north — on that first day a fortnight ago — along the cliffs of South and North Head; today we approached our destination — the beach on Robin Hoods Bay — by hiking south along the dramatic cliff-top south of Whitby.

On most of this trip's stages we experienced those "are-we-there-yet" moments, when the physical and mental fatigue really kicks in during the final two hours. Today was no different. Despite the anticipation of finishing our fourteen-day trek, and the exhilaration of completing this ambitious adventure, this day's walk still ended with a tiring hike south along the wind-blown coastal path. Some of the vistas of the rocky coast were spectacular, but soon we couldn't help but wish that the shelter of Robin Hoods Day would come soon. 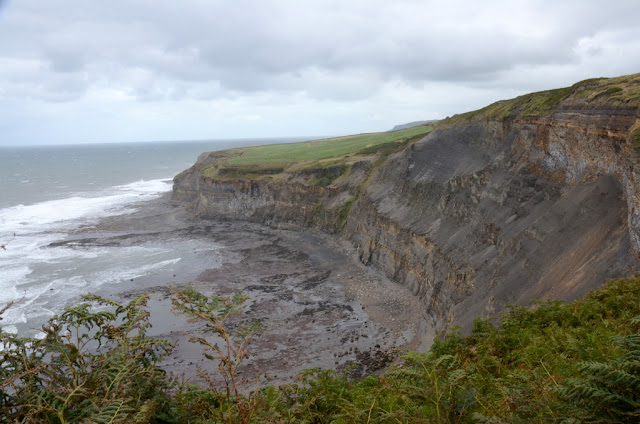 "... how often do any of us walk 14 miles in a day, let alone continuously for two weeks?"
- Henry Stedman (explaining that the Coast to Coast Walk is tougher than some people think)

Eventually, it did. We marched down the streets of this attractive village towards the beach — the "official" terminus of the Coast to Coast Walk. The final stretch in the oldest part of the village was very steep going down — and I couldn't help thinking that we would soon have to climb back out on our way to our B&B.

And then we were at the beach. There were a couple of "obligatory" rituals I wanted to document with my camera. We each stuck one of our hiking boots into the Water of the North Sea — as we had at the very beginning of the Walk in St Bees. And then we took the pebble that we had selected from the strand in St Bees and tossed it ceremoniously into the North Sea. From west coast to east coast. Our journey was complete.

That done we walked off the beach and into "Wainwright's Bar" in the Bay Hotel. We trudged tiredly upstairs and ordered three pints of Wainwright Ale. Before taking our drinks outside, in order to relax for ten minutes in the fresh air, we signed the Visitors Book. We were tired, but triumphant.

And then it was time to head up the steep hill to The Villa — our B&B for the night in Robin Hoods Bay. My legs felt like they were going to seize up. It was as though they had decided, independently of my will and spirit, that one-foot-in-front-of the-other was finally over — walking was done for now and forever!

After a long, soothing bath at the B&B, the three of us walked down into the old part of Robin Hoods Bay again, to enjoy an excellent meal at the Smugglers Inn. There was much talk amongst us about the thoughts and feelings that filled our minds and hearts after this incredible fortnight walking across the north of England — truly one of those "once-in-a-lifetime" experiences.

Thanks to my good friends Tony and Michael for their companionship and support throughout this challenging fortnight. We made a good team. And we achieved our goal with virtually no problems or difficulties — thanks to careful planning and the dogged pursuit of our goal. 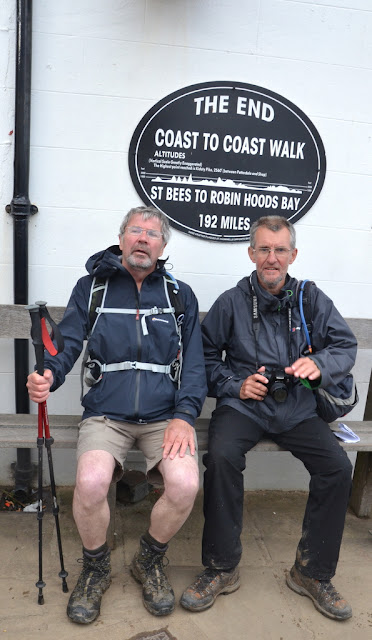 "I finished the Pennine Way with relief, the Coast to Coast Walk with regret."
- Alfred Wainwright 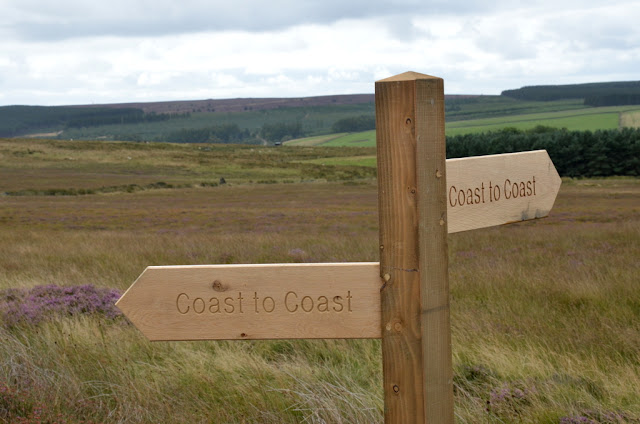